The latter group is represented by students who have entered their targeted schools but have later become unhappy there. The second group comprises those who have failed to enter their dream schools from the first try and have found a temporary shelter at their safety schools for one year but continue to harbor the idea of moving to their initial destination.

Today, I would like to start discussing some aspects related to the process of transferring between schools by addressing three frequently asked questions Russian transfer students have regarding the notion itself, admission requirements, and attitudes towards transfer students on the part of different universities.

Who is a transfer student?

A transfer student, also known as a swirling student or simply swirler applicant, is anyone who has enrolled and has begun study at a postsecondary institution after obtaining a secondary school diploma in the U.S. or in his or her home country.

What are the main requirements for transfer admission?

Transfer applicants should meet certain admission requirements that vary from school to school. Admission decisions are based on each applicant’s cumulative record and not on any single strength or deficiency. Here is a checklist:

Do all U.S. universities welcome transfer students and how competitive is the application process for those who do so?

It is generally more difficult to gain admission as a transfer applicant than as a freshman. However, the presence of Articulation agreements between community colleges and certain 4-year institutions of higher education may simplify the transition process for certain groups of students seeking education in particular schools. Read more about this to get an idea how it may help you in the future.

Traditionally, large state universities accept more transfer students than small private colleges. Among the group of top schools, the attitude towards transfer students varies. In general, transferring to top schools is extremely competitive. It does not mean that the latter group does not like transfer students. Often, they just simply do not have openings for transfer applicants because of high freshman retention and low admission rates. Princeton does not accept transfer students at all, although has recently declared its intention to change its policy and reinstate accepting transfers beginning 2018.

In some schools, like Harvard, Yale, and Dartmouth, numbers of accepted transfer students for the last several years look daunting for prospective students, as they are very small. In 2015, Harvard accepted only 12 and the other two schools 28, and 29 respectively. Others, like MIT, UPenn and especially Cornell have more favorable policies towards students moving from other schools and the numbers of accepted students are counted by hundreds (181, 210, and 766 respectively) and to some extend can be comparable with acceptance rates of the freshman pool. Look at Common Data Sets (CDS), which are detailed statistical reports of schools in the U.S. available on the internet. How does one access this information? Just type in Google search panel words: Common Date Set, and then enter the name of the school whose statistics you want to check. 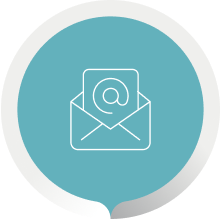